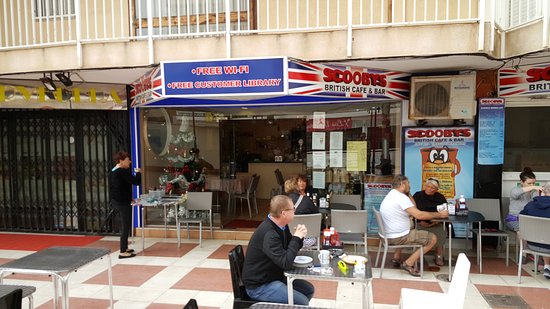 5 Places Abroad Where You Can Feel British

One way to feel British is to be able to eat for breakfast, or a later meal in the day, something that is considered British. There are lots of restaurants and pubs abroad offering this service to British tourists, to make them feel at home. They are, after all, wanting to attract tourists to their resort. Of course, if you are going abroad because you want to sample the local delicacies, then that is, of course, still on the menu. In addition, there are other British traditions that can be continued anywhere in the world and places that have a high proportion of British people living in their resorts.

There is an eating place in Cancun, Mexico that has the title The Great British Tea Room. They sell sandwiches, cakes, scones, and 60 different varieties of tea. Scones are by tradition connected with the UK, although nobody seems to know which country invented them. The first mention of them in print was a translation from The Aenaid (1513). That was written by Scottish poet Gavin Douglas.

Another eatery with “British” in the title is Scoobys British Café & Bar. This is in Benidorm, Costa Blanca. There, you can guarantee to be able to be offered a cup of tea or coffee as you know it in Britain. That is, proper milk and not UHT. The water is boiled in kettles and served in mugs. In addition, they use British ingredients where they can, which includes, Heinz baked beans, English sausages and bacon, and Roberts bread that is thickly sliced, in their all-day breakfasts. You can also order a teacake if you want. Moreover, they have a free British library that allows you to see from its newspapers what is happening at home, and whether you need to rush back for it. So, Scooby is not just a cartoon character that we can watch on TV screens in Britain.

To mention one more place that would satisfy the taste buds of any British tourist, there is The Little Elm in Puerto Del Carmen. The pub and restaurant, with 30 years of UK pub experience due to its owners Alan and Tim, serves up battered cod and chips as well as steak and ale pie. This is all happens in a restaurant near to the sea, and so is just like experiencing a holiday at a British seaside resort, only that it is likely to be warmer and less windy. How could anyone not feel British in that sort of environment?

One of the best places around the world to camp is Mount Cook National Park, New Zealand, and camping is an activity that we associate with British holidays. It is certainly an amazing view when it comes to places to pitch your tent. Mount Cook / Aoraki is the highest of New Zealand’s mountains at 3,724 metres in stature. That was recorded in 2014, but I cannot imagine its height having changed all that much, if at all. Mount Cook is in the Southern Alps and is a popular tourist destination as well as being a favourite location for mountaineers.

The Spanish resort of Alicante is a coastal town that has a British international school. Some 60 per cent of this town’s population are foreign, with half of them British. So, with so many Brits residing there, it should surely feel like home. Most English people who live in Spain as expats live either here or in Málaga, Costa del Sol. Almost 50 per cent of British expats living in Spain live in either of these two provinces.

In conclusion, there is no guarantee that any of these places can still be found as described, so it is best to check before setting off. Although, if they do not, there will be other places that your travel agent can recommend where you can feel quintessentially British.